2020 has been a tough year for everyone. Let’s make this a year of giving back.​

In a year marked by so much strife for families across the country, the Fairfax Democrats are organizing a Foster Teen Gift Drive to give back to those who are often forgotten; older foster children who will spend the holiday season alone. Help us make the holidays bright for foster kids aged 13 – 21.

Co-chaired by Chairman Jeff McKay and Senator Barbara Favola, this year’s Foster Teen Gift Drive will help the nearly 100 teens in the foster care system in Fairfax County have a happy holidays. With your generous contribution, we can give each kid gift cards, candy and other presents that will make the season merry and bright. If we raise enough, we will be able to cover graduation, birthday and other special gifts for these deserving teens.

The deadline to participate in the Gift Drive is December 7th.

This year, there are three ways to help.

1. Give directly to the Gift Drive Fund

By donating directly to the FCDC Foster Teen Gift Drive, this allows organizers to fill the bag with gifts for the foster teens that others may not have donated to the program. These funds will be used exclusively to purchase gift cards, candy and other presents to make sure every foster teen will receive a bag worth at least $150 in gifts.

Contribute to the Gift Drive Fund

Fairfax County Family Services has provided us with candy and gifts that the foster teens would like included in their holiday gift bags. We’ve found these items on Amazon for you to purchase and send to FCDC directly. Shop on the Amazon Wishlist for the extras we plan to include in the pretty bags with the gift cards.

Make sure you select the FCDC Holiday Gift List Address as the Shipping Address so we can wrap the gifts in a timely fashion. If by any chance your Amazon purchase arrives at another address, contact Stephanie Sedgwick at gift@fairfaxdemocrats.org.

Please also include your name and home address on the Amazon gift receipt so we know who to send a receipt to with tax deduction information.

You will receive an itemized receipt with exemption information on or after December 15th.

Thank you for making a difference.

Join us for a celebration of our victories in 2020 and look forward to a successful 2021!

2020 has been anything but normal. But now that the Biden-Harris Administration is coming into office on January 20th, we have an imminent return of common decency to the White House. Join us for a virtual holiday party to celebrate the Fairfax Democrats and the big wins of 2020. We will be joined by elected officials, FCDC leadership and holiday cheer.

Campaign committees, corporations, LLCs and unions must pay by check. Complete this form and send with a check to the Fairfax County Democratic Committee (8500 Executive Park Ave, Suite 402, Fairfax, VA 22031). 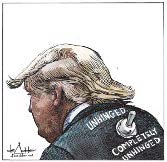 Join the National Affairs Committee on October 14th at 7pm for the Trump Unhinged Forum. 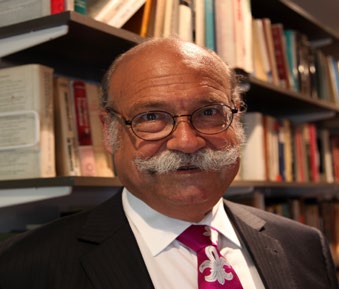 Dr. Justin A. Frank, former clinical professor of psychiatry at the George Washington University Medical Center and bestselling author of Trump on the Couch: Inside the Mind of the President will provide an overview psychoanalysis of Trump and analyze selected segments of his performance from the September 29 Presidential Debate.

Dr. Frank, “To know Trump is to know psychiatry – from psychoanalytic theory to diagnosis. In 2018, Penguin-Random House published Trump on the Couch, detailing the alarming psychological character traits that make Trump not simply unfit to be our president, but dangerous as well. I wrote that ‘I would write the entire book in all caps if I thought that would better convey the sense of urgency with which it is written and should be read.’ Since then, Trump has been impeached for high crimes and misdemeanors, 200,000 Americans have died, immigrant families are fractured, police brutality has gone unchecked, separation of powers is threatened, the judiciary is filled by young reactionary lawyers with lifetime appointments, and attacks on our press are relentless. The 2020 election is upon us, and Trump is already discrediting the result if he loses. That’s a lot to talk about tonight or any night. But we must talk about it, because if we don’t take action, we stand to lose our democracy to this destructive and amoral man.” 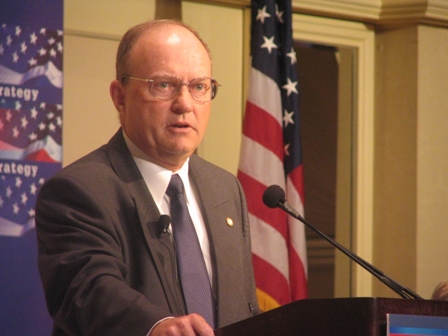 Col. Lawrence Wilkerson, advisory member of the Transition Integrity Project (TIP), Distinguished Visiting Professor of Government and Public Policy at the College of William and Mary and former chief of staff to Colin Powell at the U.S. Department of State, will discuss the TIP process, results and recommendations.

Col Wilkerson, “The Transition Integrity Project (TIP) was set up to examine the time period from determination of election results (on or about 5-8 November 2020), to the time at noon on January 20th when a new president must be in office (or the incumbent, having been re-elected). Beginning formally in January 2020, TIP attracted to its ranks some formidable political operators, including former White House chiefs of staff, cabinet officers, political analysts and commentators, and others of similar expertise and reputation. Realizing quickly in January at its first meeting that the November elections just might be the most contentious in U.S. history, TIP members decided to wargame possible moves and their outcomes. These games corroborated and even deepened fundamental concerns about the elections, including the prospect of significant domestic conflict.“